The iceberg continues to melt in Hollywood

Please click on this link to see my latest Blasting News article on Hollywood and Kevin Spacey's sexual misconduct.

Democrats flock to the polls!

Democrats flock to the polls!

Democrats put a stamp of disapproval on Trump and Republicans in highly touted races. 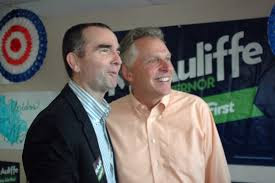 The Virginia governors race began the stamp of disapproval on Trump and Republicans regardless of affiliation between the two. Republican Ed Gillespie fell to Lieutenant Governor of Virginia #Ralph S Northam on the Democratic ticket. With 89% of votes in, Northam leads 53.4 to 45.3 percent and received CNN's checkmark of approval.

Despite a last-minute push by Trump robocalls, Ed Gillespie was unable to duck out from under President Trump's wing. Trump, with a blatant stab in the back, responded on Twitter:

"Ed Gillespie worked hard but did not embrace me or what I stand for. Don’t forget, Republicans won 4 out of 4 House seats, and with the economy doing record numbers, we will continue to win, even bigger than before!"
— Donald J. Trump (@realDonaldTrump) November 8, 2017

This kind of rhetoric from Trump is possibly the cause of the gubernatorial loss in #Virginia.

Again, in New Jersey, Democrats came out in force and gave Republicans a lashing after 4 years of a dismal Chris Christie Governorship.  With all the political turmoil Christie faced in his tenure and his alleged issue with lying to his constituents, Republicans shied away from the polls today. Another win for Democrats in a huge race. #Phil Murphy took the win.

Next up will be the New York City Mayor's race, where Bill Deblasio is expected to pull out another victory, continuing the stream of Democratic wins this November 2017. The past year of Trump turmoil has spurned voters in both parties, split the Republican party apart, and allowed the fledgling Democratic party to pull out voter-driven wins tonight, which are most likely a referendum against President Trump.

Even Rick Santorum, a previous Republican Presidential candidate spoke with the truth about the situation in the White House and Congress on #Anderson Cooper 360 tonight. He pointed out that the Republican losses tonight are due to Congress and Trump's inability to come up with agreements on their promised legislation goals.

This is all on the heels of a seemingly softened Trump stance on North Korea, announcing in his speech in Japan that he feels that difficulties with #Kim Jong Un will be worked out through talks and agreements. This is a complete turn around from his stance of "fired and fury" just months ago.

With the #Robert Mueller Investigation closing in on Trump "comrades", and the pressure from his own base, and his historically low approval ratings nationwide,  he may just be using his business sense and abilities to turn his Presidency around.

However, an indictment or an #impeachment would nullify all of that anyway. Trump just may be watching his own back these days, as the walls come closing in.


Source: Virginia Department of Elections.
- November 07, 2017 No comments: Links to this post

Please click on link below to read my latest BlastingNews Artice and help me build my readership! Thank you!