Some of us in the news industry felt compelled — or rather I say forced — to watch the Stormy Daniels 60 Minutes interview with host Anderson Cooper Sunday night. I say, host because Anderson acted more the housewarming homeowner than the antagonist journalist he usually portrays on CNN.

Anderson Cooper threw light-ball questioning at Daniels and seemed to smooth over her story, rather than challenge her harshly on her story of Donald J. Trump’s sexual misgivings while married to Melania Trump, and a freshly made father of his third son Barron Trump in 2006.

His questioning was not along the lines of the hardball pitches he throws at some of his adversaries on Anderson Cooper 360. It was obvious that his intention was to position himself against now President Trump, by undermining Trump’s brazen and obvious lies about his former relationship with Stormy Daniels. He surely did not avoid digging into the raunchiness of the story to show the viewing public the truly disgusting side of our President, in turmoil.

However, his questioning of Daniel’s previous flip-floppiness on the subject and her intentions would, by some, be judged as softballs. Inducing a simplified approach to cover a necessary part of the interview without any difficult challenges to her answers.
That’s about all I can say negatively about the porn star turned political news star. I am not the type to harp on her choice of career, as it is legal, and we all have the right to make our own way of living within the law. Neither, may I hold any right to judge her for what she does. She was a grown woman of 28 at the time of the alleged affair with then 60-year-old Trump.

What we did become witness to though, was a story of the usual infidelity emboldened by cover-up, lies, threats, and a possible misuse of funds during a Presidential election campaign by Trump’s head lawyer Michael Cohen. However, no thunderous downpour of proof of illegal behavior by our vastly disdained President came out of the 60 Minutes story.

This morning on Morning Joe, Stormy Daniels’ attorney Michael Avenatti stated, “we are just getting started”, and that “Michael Cohen has zero credibility”. So, let’s take a brief look at what we found out from the somewhat dull, but informative interview with Anderson Cooper.

In 2011, five years after the alleged affair between Daniels and Trump took place, Daniels stated she was approached outside her car, with her infant at the time in a car seat in the back, by an unknown man who she claims threatened her if she were to say anything about the one-time tryst with then businessman, and The Apprentice star, Trump. She was told to keep it hush, or it would be “sad for something to happen to the little girl’s mother”, while he looked on at the infant in the back seat. He then disappeared, according to Daniels, never to be seen again. A man she states she would recognize one hundred percent if she were to see him again today.

Daniels admitted to carrying on a friendship with Trump after their alleged affair for a short time, as Donald continued to contact her time and again, inviting her to Trump Tower even, and asking her to be a contestant on The Apprentice. She stated that several friends and acquaintances overheard his calls to her on multiple occasions and that it was no big deal. Until the 2011 threat, which she believes came from Trump’s lawyer Michael Cohen.

Then came the issue with Cohen in 2016. Anderson Cooper is quoted as stating:

The legal issue at hand doesn’t actually put Trump in any warranted trouble. In fact, it is his lawyer Michael Cohen who could be facing legal issues over the apparent “hush agreement”, for which he has stated he put the $130,000 payment forth in return for her keeping quiet about the alleged affair. With the hush money coming from Cohen, through a newly established Delaware based limited liability corporation, called Essential Consultants, just a week and a half prior to the Presidential campaign, Trump’s lawyer could be under legal scrutiny and the loss of his license to practice law for overstepping a campaign contribution limit of $3,500. Complaints about this payment have been put into the Justice Department and the Federal Election Commission.

According to former George W. H. Bush appointed F.E.C. chairman Trevor Potter, Cohen may have broken campaign finance laws by offering this money to cover up the incident and influence the election. Uncannily, this issue could have been mitigated by Trump paying Cohen back the funds out of his own pocket, which would have had no limit on the amount spent.

This situation may just be further fodder that Special Counsel Robert Mueller is mulling over in his probe into Trump and his electoral campaign.

In further review of the Stormy Daniels side of the 60 Minutes interview, no one watching could have possibly been eating a meal while listening to her describe what can only be considered a predatory and misogynistic, if not nepotistic version of the night of the alleged affair, in which, Trump’s overtures were difficult and downright embarrassing to listen to. Especially, the repeated version by another one of his multiple affairs in which he mentioned how beautiful Stormy was…like his daughter Ivanka Trump. Yuck, to say the least.

It is hard to condone the behavior of either adult or to take sides of the indiscretion, regardless of their huge difference in age, some 32 years at the time of the alleged incident. I imagine, most adults who hold any sort of candle to the light of decency found the 60-minute interview to be stomach turning and finished viewing without a lack of respect for any of the parties involved. Hardly mentioned, were the victims of the alleged affair, Melania, and Barron Trump. Yet, somehow, we all live in an illogical and brazenly ironic culture that sees Evangelical Christian followers supporting a brazen truth slayer in President Donald J. Trump.

What has America turned into, and where can we go from here? Hopefully, for the sake of our country’s future, the 2018 election will answer and attempt to make sense out of all of that the Trump Presidency has beleaguered the White House with.

Fresh off a stellar 2017 season, the New York Yankees look ready for a Bronx Bombers’ return to the World Series.

This article is part of the MLB Channel. Follow this Channel to get all the latest news and engage with a passionate community.
FOLLOW


Colin Bruce Munro Wood
Author
(Curated by Alexander Gates)
The 2017 #New York Yankees began last season as a third from the bottom non-playoff contender pick. No one in the sports world had the fresh, young team making it to the playoffs last year, amidst a team building season. In fact, most forecasters didn’t expect last year’s #Bronx Bombers to contend for two more seasons if that.

In a blog article I wrote during the last pre-season, I predicted, against the odds, that the New York Yankees would take their 28th #World Championship. I was wrong about that prediction but was one of only a few writers who correctly stated the teams’ ability to contend for the playoffs.
This pre-season, I believe just about everyone in the sports world is going to agree in their predictions, that the New York Yankees are the team to beat, and will have number one Vegas odds of winning it all next fall. Led by a new manager, ex-Yankee playoff hero, Aaron Boone, the team has looked primed during the 2018 spring training Grapefruit League season to do just that.
The Yankees will begin their 2018 campaign for their 28th World Championshipby throwing out last year’s star pitcher Luis Severino. Severino came on as the team’s ace in the second half of the season, leading them to the 2017 American League Championship versus the Houston Astros, in which they held a 3–2 advantage, only to fall in the final two games to Houston’s powerful and crafty young team, in the end, 4–3.

The opening day lineup is hardly ever announced until a day or two ahead. My prediction of the lineup the Blue Jays will face in Toronto on Thursday, March 29 will be, Brent Gardner, LF, Giancarlo Stanton, DH, Aaron Judge [VIDEO], RF, Gary Sanchez, C, Didi Gregorius, SS, Aaron Hicks, CF, Adam Lind, 1B, Miguel Andujar 3B, and Ronald Torreyes, 2B.
With two Aaron’s in the lineup, and an Aaron as the manager, how can they go wrong? Seriously, this is a lineup that I believe will match up to, if not outdo any lineup in Yankee history. Considering the first five hitters can account for approximately 200 home runs this season, you can easily call the 2018 New York Yankees the Bronx Bombers. However, we may just have a whole new name for this terrorizing lineup. What pitcher in their right mind is going to want to face these guys? I almost feel bad for the rest of the Major Leagues, but maybe that’s because I’ve rooted for the Yankees heading into my 44th season as a die-hard fan.

Of course, we must start with the two bats everyone is talking about. Maris and Mantle — oops, I mean Stanton and Judge. These two Freedom Towergiants led the major leagues in home runs last season with 59 and 52 dingers, respectively. Yes, that’s 111 between the two. Could we possibly see a renewed contest for the home run champ that brings to mind the rivalry of Maris and Mantle again? I predict they will both charge towards 60 home runs each, and may possibly outdo the two Bronx Bomber greats of the past.
We surely can’t forget that Brett Gardner turned up his power last season, and was backed by the strength of Gary Sanchez, and the shocking Didi Gregorius who made us all realize that replacing the incredible Derek Jeter wasn’t such a difficult feat after all. Didi, who is already mastering his play at shortstop, brings us a much more powerful bat than Jeter, but time will tell if his consistency and timely hitting of last season wasn’t just an enigma. Aaron Hicks ads a powerful, yet consistent and very timely bat to the everyday lineup this season, with Torreyes, hopefully taking on full-time duty at second, and the fine addition of Miguel Andujar’s glove at third.

What’s my prediction for the 2018 New York Yankees?

If the 2018 New York Yankees [VIDEO] lineup and pitching staff can stay fairly healthy this season, I doubt highly anyone will choose anyone other than the Yankees to finish with the best record in baseball and a 28th World Championship. Unfortunately, we have already seen Greg Bird temporarily ousted from the lineup for a foot issue, and just may make the opening day lineup in place of Adam Lind, but that’s really the only major injury we’ve seen this preseason, and this is turning out to be one of the healthiest starts to a Yankee season in a long time.
Could it be the new coaching style of Aaron Boone? Could it be that these young Yankees already feel the excitement in the clubhouse prior to opening day? Whatever the case may be, we are all in for what may possibly be one of most incredible and impressive New York Yankee seasons since the last dynasty of the late-90’s, or of all time.

'The Greatest Showman' celebrates diversity with the magic of music and dance!

'The Greatest Showman' celebrates diversity with the magic of music and dance! 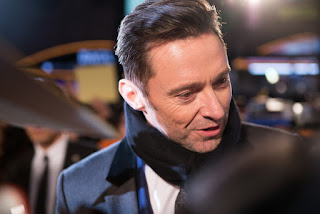 The Greatest Showman' packed theaters for weeks and it's message and splendor carry on.

Read my latest Movie Review in my Blasting News Article!