Michael Bloomberg will run as a Democrat in 2020!

Michael Bloomberg will run as a Democrat in 2020! 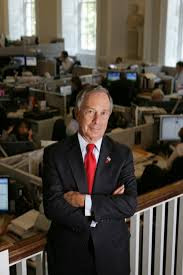 Mutli-Billionaire business owner, and former GOP Mayor of NYC is now registered as a Democrat following 4.5 years as an Independent, according to his Instagram post Wednesday morning. Twitter begone.

View this post on Instagram
At key points in U.S. history, one of the two parties has served as a bulwark against those who threaten our Constitution. Two years ago at the Democratic Convention, I warned of those threats. Today, I have re-registered as a Democrat – I had been a member for most of my life – because we need Democrats to provide the checks and balance our nation so badly needs.
A post shared by Mike Bloomberg (@mikebloomberg) on Oct 10, 2018 at 2:41am PDT

Mayor Bloomberg is a business owner, and financial wizard, the like of those who don’t need to cheat the New York State tax system, create unethical relationship with our enemies, nor cheat people out of jobs, homes, and money in order to be much more successful than President Donald J. Trump

Who is Michael Bloomberg?

I want to share a special man with you. Regardless of your partisan feelings, and beliefs, you can’t deny the fact that Michael Bloomberg has been a former Democrat, a Republican mayor — immediately following 9/11/01, and Independent the past years 4.5 years.

Bloomberg is a man who, despite seeming unable to hold onto his beliefs for too long, actually does stick to his guns, and his gut, no matter the cost, or the party-line he follows at a given time.

Mayor Bloomberg sits upon a stack of wealth of approximately $51.8 billion dollars, ranking him 8th richest in the U.S., and 11th in the world. This is not a multi-millionaire struggling, lying and cheating to obtain such a status.

Founder, CEO, and owner of Bloomberg, L.P., Bloomberg heads three major divisions: software, financial services, and mass media. To pinpoint the rarity of men like Michael Bloomberg, and the likes of Richard Branson, and Bill Gates, in comparison, the former NYC mayor is a member of The Giving Pledge, a dedication to give away half of his fortune to others in need.

2001 was the first political position, during Bloomberg’s temporary philanthropist era of his life, in which he changed from a Democrat to a Republican to run against, and narrowly defeat Mark Green.

Following his 12 year stint in charge of the world’s most important city, Bloomberg returned two years later to be the CEO of his own company. In March of 2016, we heard his first comments about running for political office again in the following tweet:


What a prediction by Bloomberg. That is exactly what happened to Hillary Clinton, due to Gary Johnson and Jill Stein stealing enough third party votes, that had Hillary Clinton obtained, would have won her the 2016 Presidential Election with 307 Electoral College votes.

Although I may be jumping the gun on an eventual announcement by Bloomberg of a Presidential run in 2020, Social Media is abound with predictions, and statements that his very public announcement on Instagram, a Facebook owned social media app, is proof enough of his intent.

OPINION: Who Are The Dems?

"If Democrats are successful in regaining control of at least one chamber of Congress this year, we will be very interested to see when they start fighting among themselves."#MichaelBloomberg#ElizabethWarrenhttps://t.co/nw6roCey9C pic.twitter.com/etEayQNmPS
— The Telegraph (@NashuaTelegraph) October 11, 2018

[Some of the policies Bloomberg advocates parallel those of either the Democratic or the Republican party platform. He is socially liberal or progressive, supporting abortion rights, same-sex marriage, strict gun control measures, and citizenship for illegal immigrants, for example. On economics, foreign, and domestic issues, Bloomberg tends to be conservative or moderate. He opposed a timeline for withdrawal from the Iraq War, and criticized those who favored one. Economically, he supports government involvement in issues such as public welfare, while being strongly in favor of free trade, pro-business, and describing himself as a fiscal conservativebecause he balanced the city’s budget.[81] He is concerned about climate change and has touted his mayoral efforts to reduce greenhouse gasses.[82]Bloomberg has been cited for not allowing many emergency officials who responded to the September 11, 2001, attacks to attend the tenth anniversary observation of that day.[83] He was also at odds with many around the U.S. for not inviting any clergy to the ceremony marking the anniversary of the 9/11 attacks.](Wikipedia)

Will Bloomberg be elected President in 2020?

Well, hold your horses everyone…

We do have a front-running race-horse here, but to already jump in the deep end of the next Presidential Campaign, and make such a definitive statement that we will be saying, “President Michael Bloomberg”, in November, 2020 that year, is a bit of a risky gamble.

Bloomberg does stretch across both sides of the aisle like Plastic-man, and that is possibly just what this country needs to make some major advances, and re-obtain our nation’s status as the indomitable leader of the world.

Taking a look at the most important issues for Democrats, and Republicans alike, as well as the Independents, Libertarian’s and Green Party, and comparing them to the points about a Bloomberg Presidency based on his historical beliefs above, you can’t deny that he could sweep numbers of votes from all parties, and nail a dominant win for President of the United States.

Some thought on the matter.

I, myself, have swung from Democrat until I was 31, Republican until I was 44, Independent from 2014-2016, to current Democrat, thanks to the impressively horrible and societal-dangerous leadership in Congress and the White House.

I am a supporter of four incredible and young talents who could all be good President’s possibly, and certainly all would be excellent Vice-President’s with the great opportunity to keep Democrats in power for 16 years, at the least. No that’s not a prediction, maybe more of a suggestion…

Senators Joseph Kennedy III, Kamala Harris, Cory Booker, and Kristen Gillibrand are all very impressive possibilities to join the 2020 Presidential race, but it’s going to be another one to one-and-a-half years before we find that out. In the meantime, Democrats, and even you on-the-fence bipartisan voters, bask in the happiness of yesterday’s Bloomberg announcement, and start a “High-Rise” to top office in town…that, being the Oval one.

*Colin is the Founder/Writer of "No Kidding!" Publication, and also writes on Minds.com, Blastingnews.com, Steemit.com (@authorcolinbmw), is a published Author and magazine columnist.

*This article, was first posted in the publication, “No Kidding!” on Medium.com

More from "No Kidding!" - Colin B M Wood
‘The Greatest Showman’ celebrates diversity with the magic of music and dance

Also tagged News
Why America Stayed a Backwards Society (and Collapsed), While the World Grew (and Prospered)